Rabbit, Rabbit why are you so wet?
Froggy, Froggy, I lost a bet.

The whole problem with the world is that fools and fanatics are always so certain of themselves, but wiser people so full of doubts. - Bertrand Russell (1872 - 1970)

One of our salesmen called out of work today because his neighbor let twelve chickens go in his backyard and he must collect them. It may take awhile because he thinks the chickens are cockfighters from Camden and he's afraid of them.

Aquarius - January 21 to February 19 - Only a fool uses garlic salt with tequilla.

Gemini - May 22 to June 21 - Pull yourselves together to avoid being a fool.

Libra - September 24 to October 23 - Fool and fanatic: two sides of the same coin.

Scorpio - October 24 to November 22 - A fool spites himself. 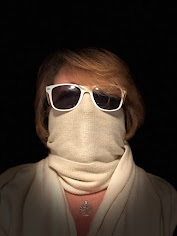